The idea behind this is to prove that the current pay toll systems trough out the world are not reliable as they would be if we implement basic, all-around technology that has been available for quite some time now.

The proof of concept solution is based on three essential components that are enabling us to perform all the necessary actions needed including the most important one, user (vehicle) recognition.

The three components that have been used:

On the demo shown below we have an example photo provided to the API and then a visual representation of the result details about the vehicle and also a highlighted area on the image that shows where exactly the license plate was found on the photo.

Ideally we would have the Python app running in the background as well to simulate the whole process so that we see updated results on every page refresh.

Obviously we could not show the RFID scanning process as well but the whole logic behind it is included in the Git repository linked at the beginning of this post. 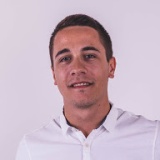